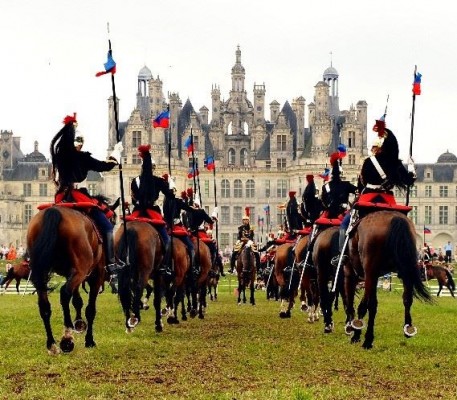 The Driehaus Museum has three sister institutions in Europe, each simply resplendent and embodying the highest ideals of preservation and classical architecture, just as we strive to do here in Chicago. The Château de Chambord in France’s Loire Valley is known for its dazzling French Renaissance design, while the Domaine de Chantilly—about an hour’s drive from Paris—houses a strong collection of French paintings in its Musée Condé. Finally, Sir John Soane’s Museum in London provides a beautiful glimpse of classic Georgian architecture and honors the collecting legacy of one of England’s great architects.

This blog post is the conclusion of a short series talking about our sister institutions across the pond. Today we’re talking about the Château de Chambord.

For an incredible example of preserved Renaissance architecture in France, look no farther than the Château de Chambord. It’s by far the largest of all of the Loire Valley’s châteaux, and arguably the grandest. The stunning château was built as a hunting lodge in the countryside for King François I to visit on occasion to indulge in the sport. (His primary royal residences were two other châteaux in the nearby Loire Valley towns of Blois and Amboise.)

The construction of the building, begun in 1519, took more than 30 years; at one point there were nearly 2,000 workers toiling away on its 440 rooms, 365 fireplaces, and 84 staircases. The center of the keep connects to four entryways in a Greek cruciform shape—an unusual choice for a residence, but one that signifies the increasingly prominent medieval belief in the sacredness of a king.

It’s impossible to describe all of the extravagant delights to be found within—from sculpted vaulted ceilings to adorned royal apartments—but the double-helix staircase in the center of the keep is Château de Chambord’s most famous feature. These two interwoven stone staircases ascend three floors without touching, creating a unique experience for visitors who may climb up and down while catching glimpses of one another, but never meet. Because its design similar to sketches created by the ingenious inventor Leonardo da Vinci, the staircase has been attributed to him.

On the exterior, the roofline is the most memorable component of the architecture. Grand enough to evoke a city skyline, the château’s jumble of more than 800 sculpted columns, lanterns, cupolas, gables, and chimneys are designed to be asymmetrical.

The centuries-long story of the chateau is one mainly of neglect and abandonment. François I spent very little time there, only a month or two in total during his reign. It was drafty, and it was isolated from a village; therefore foodstuffs, furnishings, and other comforts had to be brought in with every massive hunting party and moved out again after the merriment was over. After the king’s death in 1547, the building was allowed to crumble for nearly a century. Then, for the next couple of hundred years, it passed from aristocratic hand to hand, with brief periods of occupation by such figures as Louis XIII’s brother Gaston d’Orléans, King Louis XIV, deposed King of Poland Stanislas I, and Napoleon Bonaparte’s chief of staff Louis-Alexandre Berthier. Those periods of use were often followed by even longer periods of emptied halls. Then, during the French Revolution, the chateau’s remaining wall panelings, floors, and furnishings—themselves the very picture of aristocratic decadence—were  stripped and sold off. 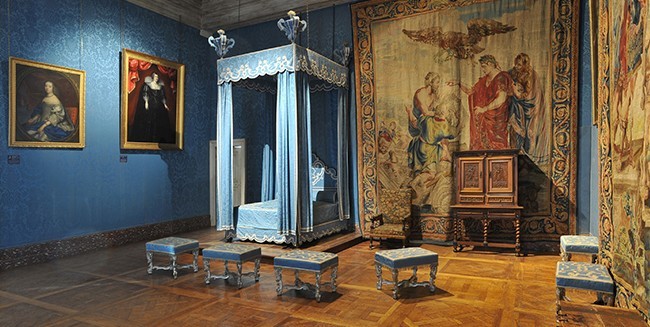 In the 1830s, Henry Wadsworth Longfellow took a look at the place and lamented its state: “all is mournful and deserted. The grass has overgrown the pavement of the courtyard, and the rude sculpture upon the walls is broken and defaced.”

But things started looking up after 1930, when the French state took ownership of Château de Chambord. During World War II it was used as a stronghold for the storage of the Louvre’s and Compiégne’s collections, including the Venus de Milo and Mona Lisa. In 1981 it was designated a UNESCO World Heritage Site.

Today the château offers tours, audio guides in 10 languages, daily equestrian shows, and many types of artistic or historical exhibits within its walls—including a Museum of Hunting. The grounds of the estate are also worth exploring, as the Château de Chambord still sits within the quiet wilderness that inspired François I to create this place of grandeur. For more information, visit Chambord.org.