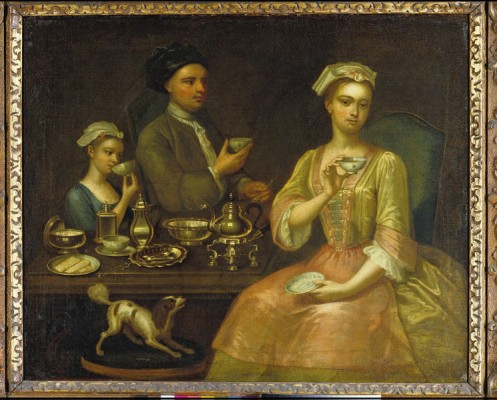 [You Asked] What is Afternoon Tea?

Where does the tradition of “afternoon tea” come from? (And why is tea such a big deal in England?)

A cup of bold, hot, watery brew, often with a splash of milk and spoonful of sugar, is how many people in England start their day and refuel in the afternoon. But tea hasn’t always been the staple it is today. In the mid-17th century it was a new, precious commodity in the West, a luxurious import from the farthest reaches of the British Empire. One early adopter in 1660, Samuel Pepys, referred to his first “cup of tee” as a “China drink.” This most quintessentially British drink is actually borrowed from other cultures, through the Empire’s colonial enterprises in China, India, Japan, and Kenya.

As such, drinking tea was at first a privilege reserved for royalty. And it was there, in the upper echelons of society, that the cozy ceremony we call ‘afternoon tea’ evolved.

In the wealthiest households of the 19th century, the evening meal was being served later and later in the evening. This new fashion meant there might be seven or eight hours between lunch and dinner. As the legend goes, Anne Russell, Duchess of Bedford, was tired of what she called “that sinking feeling” that came on at around four o’clock. She began ordering a small extra meal to be served in the afternoon. It included a cup of tea with milk and sugar, dainty sandwiches, and cakes. She invited women friends to join her, and it turned into a daily occasion for socializing and gossip. Queen Victoria was among Anne’s closest friends, and soon afternoon tea was also a daily ritual in the British Royal Court. The much-admired queen started a new fashion in the process, as other classes began to adopt afternoon tea as well—cementing its place in English society. 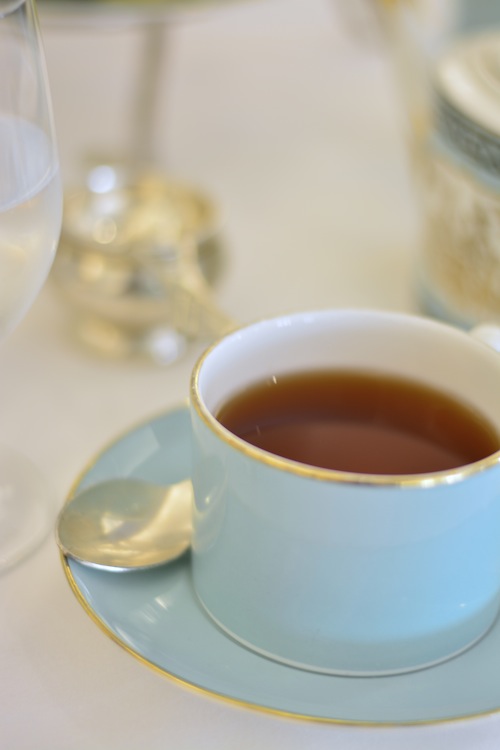 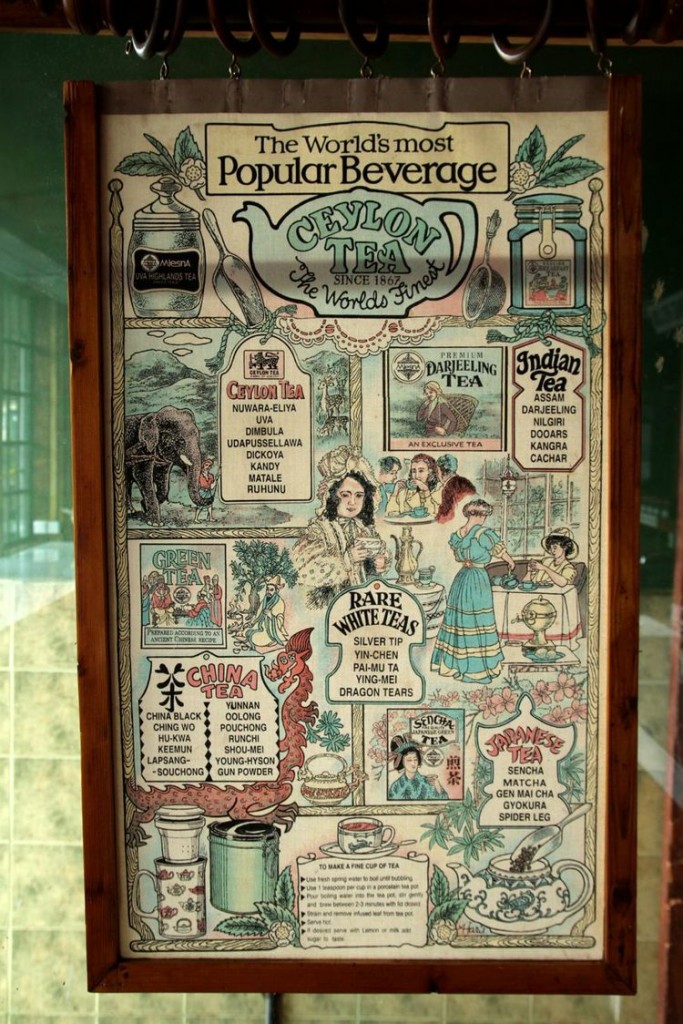 Given the social position of the ladies among whom afternoon tea evolved, this was no casual affair. One’s best bone china and silver were brought out for serving, while the choice of tea exhibited the hostess’s taste for the exotic, expensive sundries of China, India, or Sri Lanka. The availability of sugar, also an import, in addition to refined cakes and buttery pastries, were also signs of a household’s prosperity. Servants attended the guests’ every need during these afternoon meals, with the hostess supervising.

New fashions emerged especially for the occasion, and the “tea gown” was born. A tea gown was initially designed to be worn inside and was only appropriate in the company of other women. Its comfortable, flowing silhouette—inspired by medieval styles and the Japanese kimono—offered  women a few hours’ reprieve from the restrictive corset. In the Driehaus Museum exhibition Dressing Downton, Cora Crawley’s elegant beaded tea gown with green velvet jacket is an excellent example of this style, which eventually became acceptable for more formal occasions where men were present. 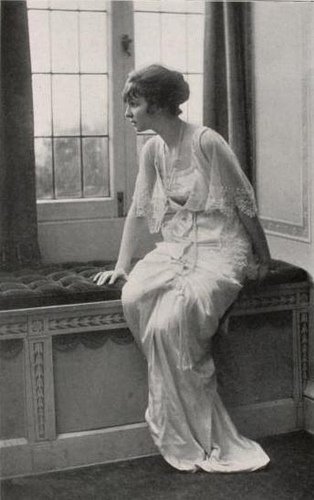 By the beginning of the 20th century, the era of Downton Abbey, afternoon tea was still an occasion for a conspicuous display of wealth, taste, and manners. Stirring one’s cream and sugar into the tea without touching the sides of the cup, or breaking a scone in just the right way, signified one’s station in an extremely class-conscious society.

The Second World War and subsequent rationing of butter, sugar, and eggs caused afternoon teas to fade for a time in the mid-20th century, but the tradition returned after those austere years. Afternoon tea is as popular in England today as weekend brunch is in America.

Rather than taking place inside the home, however, the best afternoon teas of today are served in public places. High-end hotels and distinguished department stores, like Claridge’s and Fortnum & Mason in London, have deep roots in tea culture and commerce in England, and offer the most traditional repasts. Their tea menus are small hardbound books, commanding the diner’s attention with a wide variety of loose-leaf black, green, white, and herbal teas. After a few sips of tea—or, as is just as popular today, champagne—a three-tiered serving tray is presented at the table with a flourish. The lower platter contains delicate finger sandwiches with light fillings like cucumbers or smoked salmon. The central platter is dominated by tender, buttery scones, served with jams and clotted cream, which is a thick spread with a texture between butter and whipped cream. To finish, the top platter is arranged with delicate patisserie. 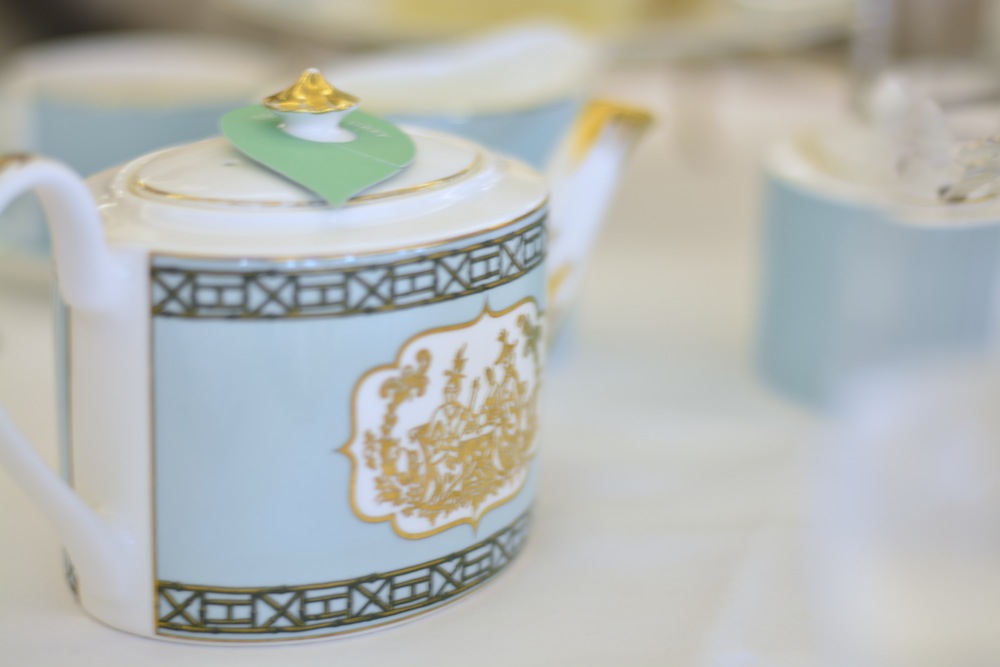 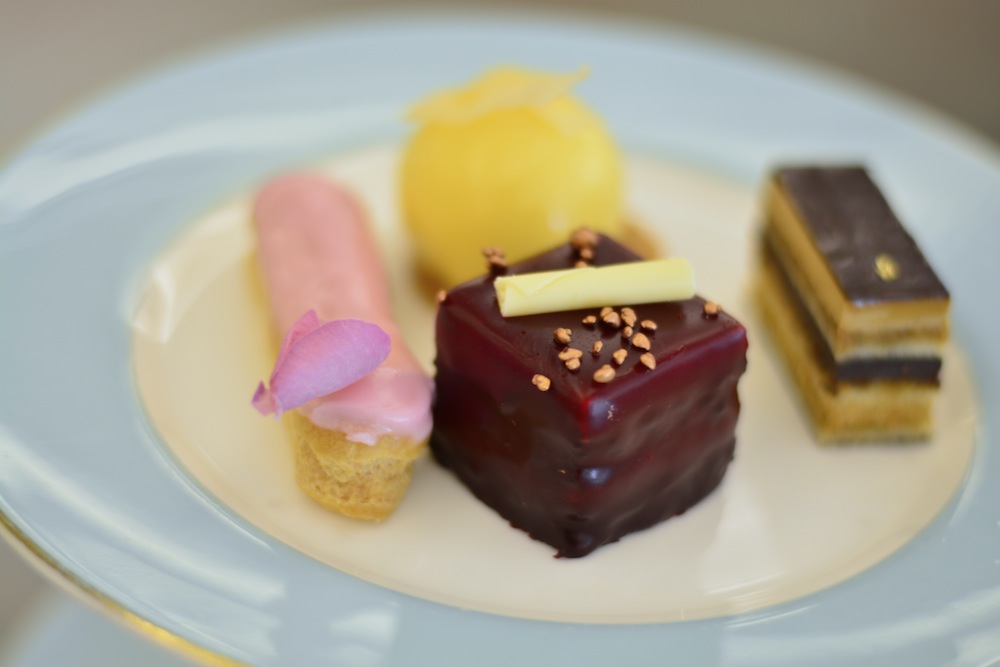 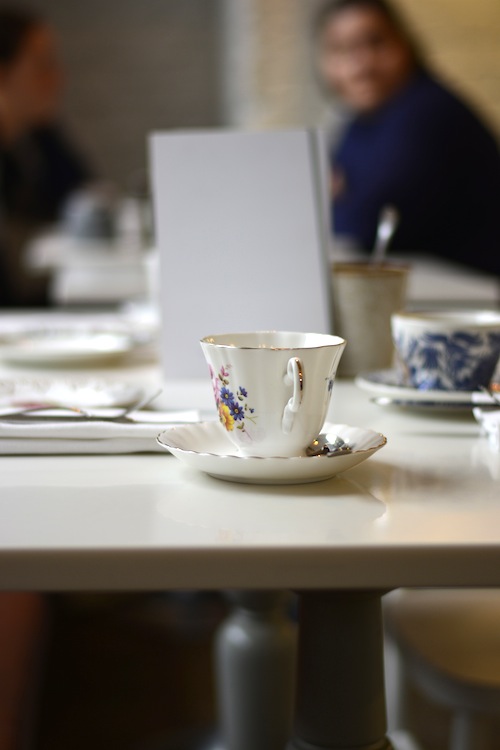 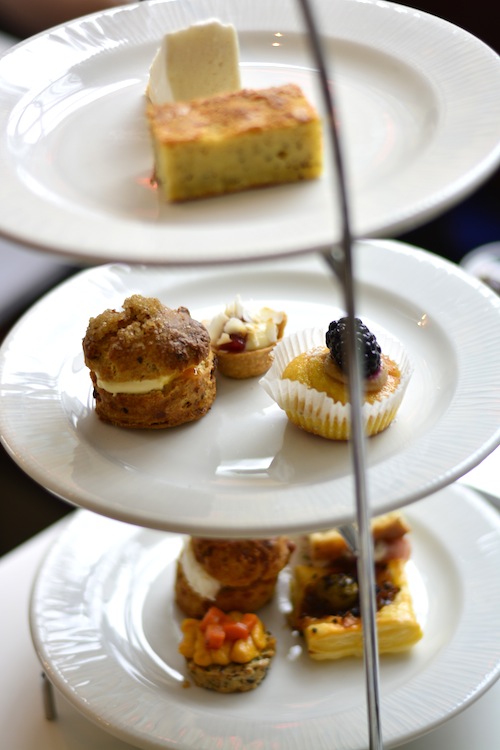 The Driehaus Museum offers a unique afternoon tea experience in honor of this English tradition and to celebrate the exhibition Dressing Downton. The Museum’s elegant historic setting and special menu offer all the elements of a proper afternoon tea, including seasonal scones, cake breads, and tea sandwiches. The experience also features tea with a contemporary Chicago twist, featuring a tea blend by the local purveyor Rare Tea Cellar. To purchase tea tickets, click here.

Tea of a Different Color

All real teas come from the same species of plant, Camellia sinensis. The different types, often denoted by color, have to do with when the leaf is harvested and how it’s processed. Here are a few of our favorites explained:

Black tea is made of withered, crushed, and fully oxidized leaves, a process that helped it survive the long boat journey to Great Britain from the Far East. This might be why black tea is still the most popular. Regional varieties include Assam (India), Ceylon (Sri Lanka), Darjeeling (India), Oolong (China), and Lapsang (China). English breakfast tea is a blend of Kenyan, Ceylon, and Assam.

Earl Grey tea is a black tea to which the essence of bergamot, a type of citrus, has been added. It’s named for Charles Grey, the British Prime Minister in the 1830s. A London Fog is a kind of latte made with Earl Grey tea, milk, and vanilla.

Chai tea comes from India, and is black tea simmered with milk and spices including cinnamon, cardamom, black pepper, ginger, and cloves.

Pu’erh is a fermented black tea on trend in the Western world, but has been prized for ages in China for its health benefits.

Green teas are unoxidized, which is why the leaves retain their fresh green color. The flavor is grassier as a result, with lower caffeine content. Varieties include Matcha, Sencha, Gunpowder, and Hojicha.

White teas are made from young, delicate tea buds, and mostly come from China. They are the least processed, with very little caffeine and subtle flavor.

Redbush tea, or rooibos, comes from South Africa. Naturally caffeine free, it’s a robust but smooth brew made from the needle-like leaves of the Aspalathus linearis.

Herbal tea is caffeine-free and comes in many forms. Rather than from the leaves of the tea plant, it’s made from other dried leaves or roots, including ginger, peppermint, licorice, or raspberry.