The Manners of the Edwardian Era

Branson: “Why do the rituals, the clothes, and the customs matter so much?”

The Dowager Countess: “Because without them we would be like the wild men of Borneo.” 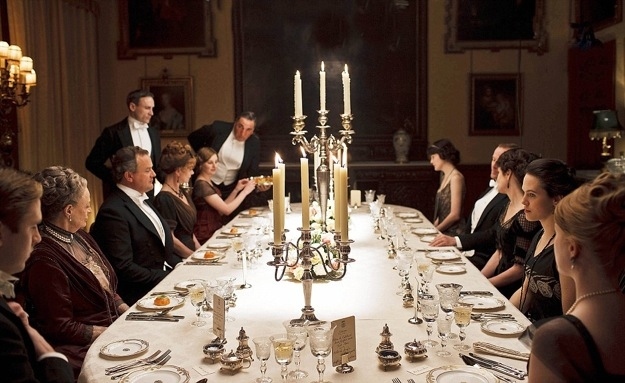 Queen Victoria’s son, Edward VII, had a brief reign from 1901 to 1910, but it was a decade marked by peace and prosperity at the height of the British Empire. The Edwardian period was indeed a “Gilded Age,” both in England and America. Yet social relationships were strictly defined, and interactions among and between the classes were governed by a series of complex and rigid rules—what we would call “manners”. The etiquette of the Edwardian era was second nature to the people who lived during this period, but to us it’s the fascinating behavior of a unique cultural moment. 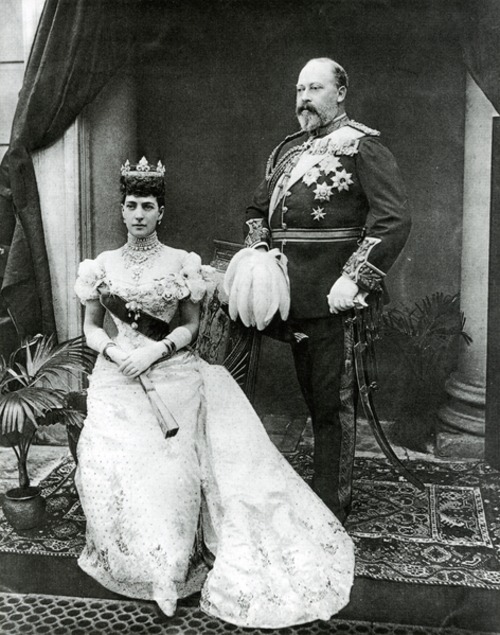 Edwardians never, for example, shook hands. Women never removed their gloves in public. Men removed their hats in the presence of a superior, but not for a member of the lower classes. An Edwardian hostess carefully predetermined every aspect of a dinner party—not only the menu and seating arrangements, but even topics of conversation during the meal. 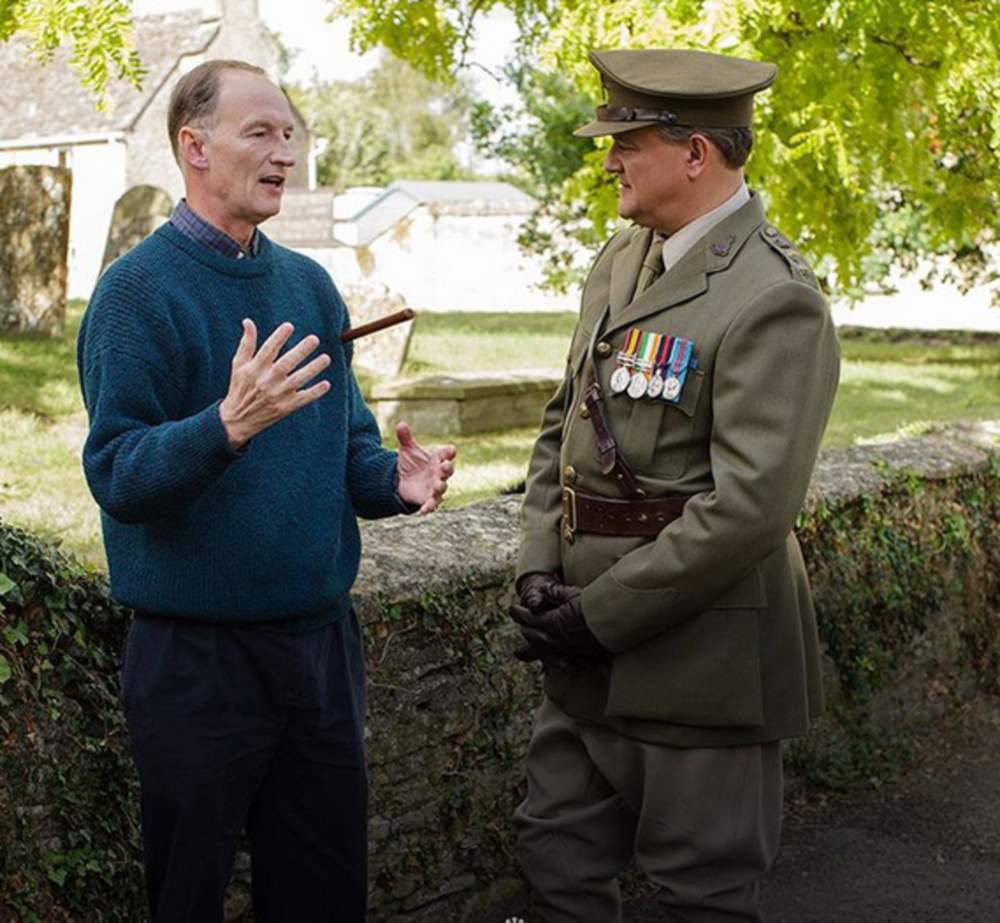 Alastair Bruce with actor Hugh Bonneville on the set of Downton Abbey.

These are just a few of the kinds of details Alastair Bruce, historical advisor to Downton Abbey® (as well as films such as The King’s Speech and The Young Victoria), has to remember as he works with actors. It’s his job to ensure they mind their Edwardian manners perfectly, from ramrod-straight posture to perfectly starched collars.

Through the lens of Bruce’s work on Downton Abbey, as seen in the PBS documentary The Manners of Downton Abbey, let’s take a look at Edwardian etiquette and how it reigned in every corner of daily life. 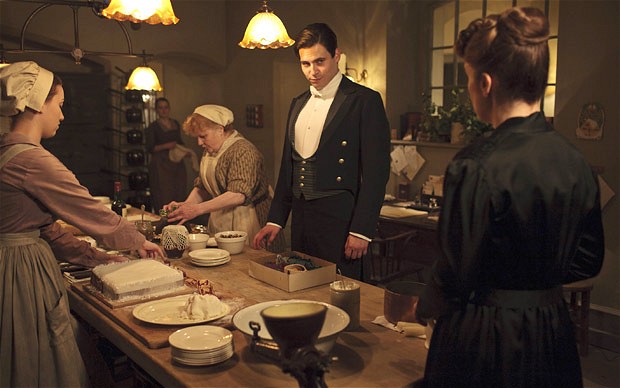 “You are a footman, and a footman wears gloves,” says Mr. Carson, the butler of Downton Abbey, in a tone that brooks no argument. The footmen were like the peacocks of an Edwardian country house, impressive to look at and always on display, whether greeting guests at the doorstep or serving them in the dining room. Nearly always well-dressed young men, the footmen represented crisp formality and quiet grandeur on behalf of the entire estate. A tall or particularly good-looking footman would even earn a higher salary than the other members of the household staff.

However necessary the footmen and other servants may have been, they were never, however, thanked. Notice how the Crawleys and their aristocratic peers never say, “Oh, thank you!” to the servants when they bring a cup of tea, lace up a corset, or open a door? This isn’t ungratefulness, however, but simply a matter of practicality, explains Alastair Bruce in The Manners of Downton Abbey. The servants did everything for their masters, and if thanks were given, it would be necessary to say them at least sixty times a day. That would be, as the English say, tiresome.

Etiquette wasn’t just reserved for the relationship between servant and master. A unique set of rules also governed a hierarchy within the servant class itself. The butler and housekeeper were at the head of this group in terms of dignity, authority and earnings. Then came the cook, valets, ladies’ maids, and footmen; last of all were the parlor maids, laundry maids, kitchen maids, dishwashers, and stable grooms. Even among one group of servants you would have minor differences. The first footman served the meat, for example, the choicest course; while the second footman served a minor sauce or side. The under cook was considered an apprentice to the chef, while the kitchen maids were only assistants. The order in which servants sat at their own downstairs dining room table reflected this microcosm of the class system. 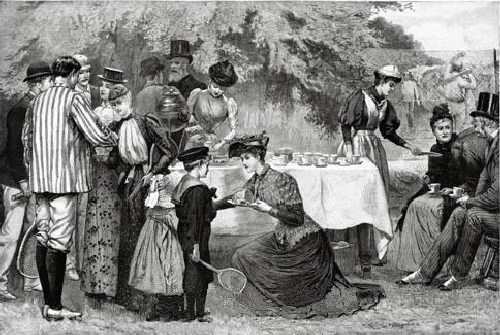 An afternoon tea outdoors, image via Code of the Gentleman.

All social interactions, formal or informal, were occasions that required a complex set of rules to govern behavior. Take a look at this list taken from instructions for giving a formal afternoon tea in 1904—it just scratches the surface of expectations and norms for this period.

Even in casual or unplanned moments, including with friends and family, it was important to keep oneself under control. The British are famously described as having a “stiff upper lip,” showing no inappropriate bursts of affection or anger. Alastair Bruce coaches the actors of Downton Abbey, especially those who play characters who most want to uphold the traditional way of life (including Lady Mary, her grandmother the Dowager Countess of Grantham, and the butler Mr. Carson), never to slip on this point. They can’t pat someone’s shoulder, offer a hug, clink glasses, or even say “I love you,” no matter how natural it would seem. Controlled politeness must govern their every word and expression. As William Ernest Henley put it in his classic Victorian poem, “Invictus,” “I am the captain of my soul.”

Lady Edith commits a bold indiscretion when she dines unchaperoned with (married!) magazine editor Michael Gregson in Season 4 of Downton Abbey. She’s defying some of the most stringent rules of all, those which governed the interactions between men and women. The American queen of etiquette, Emily Post, declared in 1922, “Absolutely no lady (unless middle-aged—and even then she would be defying convention) can go to dinner or supper in a restaurant alone with a gentleman.”

“As a matter of fact,” Post writes, “the only young girl who is really ‘free,’ is she whose chaperon is never very far away…but a young girl who is unprotected by a chaperon is in the position precisely of an unarmed traveler walking alone among wolves—his only defense is in his not attracting their notice.” Young single women could also not receive male guests in her own home, dine out, go to the theatre, go motoring for a significant distance, or go to a party without a chaperon present.

Debutantes being presented to Edward VII and Queen Alexandra.

Young women were introduced to society in their mid- to late-teens, after completing their education and being deemed ready for marriage. The aristocratic debutantes would apply to appear in a royal court presentation as her official entrance into society. Wearing a white dress with a three-yard train and adorned with the required three feathers, the young woman carried a bouquet and curtsied before Alexandria, Edward VII’s queen. (Just as Lady Rose was presented to Queen Mary and King George V, Edward’s son and successor, in the 2013 Christmas special of Downton Abbey.)

After her debutante event, the young lady would attend “the season,” a round of London mansion parties beginning after Christmas and ending in mid-summer. These affairs, with their abundance of married chaperons, provided appropriate places for men and women to meet one another without causing scandal. After the Edwardian period, the significance of the debutante season waned, and austerity forced many wealthy families to relinquish their ‘town’ homes in the big city. 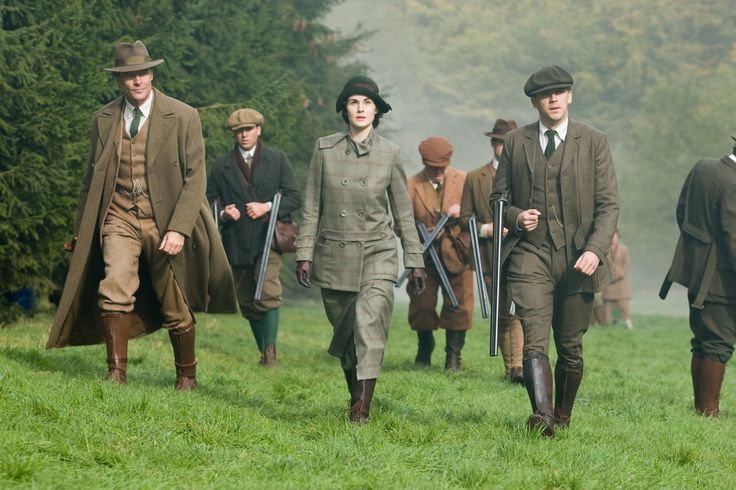 Lady Mary between two suitors, one newly wealthy in business, the other inheritor of the Downton land and estate. Downton Abbey®. © Carnival Films / MASTERPIECE 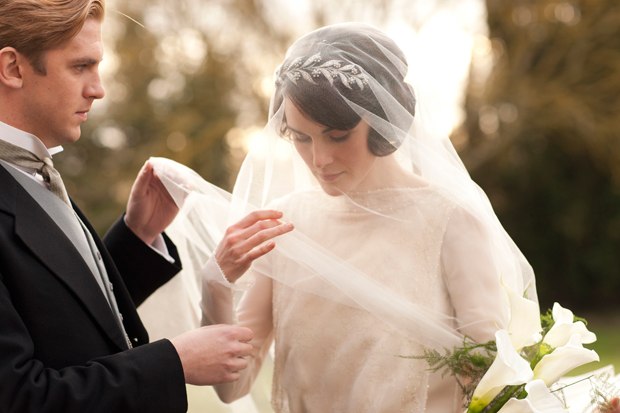 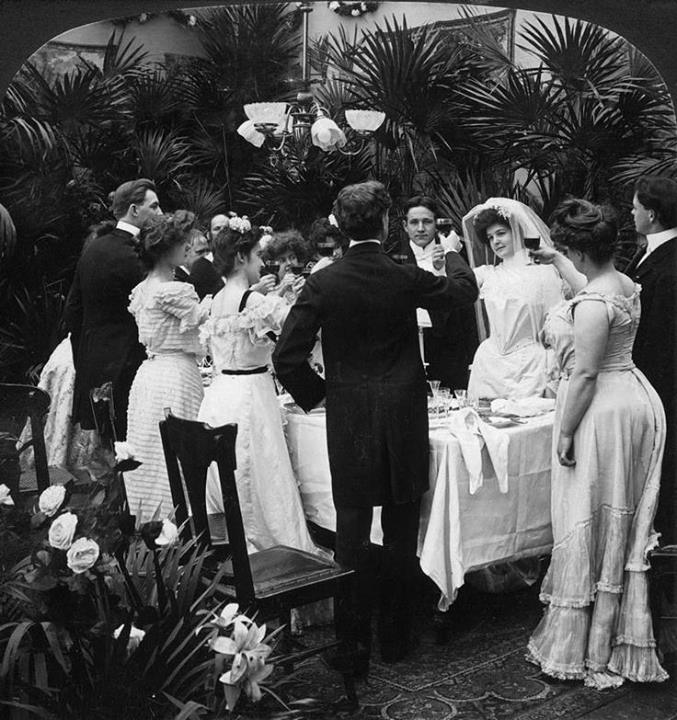 For well-heeled Edwardians, marriage was a practical arrangement. Rather than love, the reason for marriage often had to do with the acquisition or preservation of land. Land was the lifeblood of aristocratic wealth and secured one’s high station in society. For the same reasons, marriage may also be a pairing of two important families. The character Richard Carlisle in the first season of Downton Abbey was wealthy, but he had made his money as a newspaperman. While the penniless Lord Gillingham—who comes from a well-established bloodline—would be viewed as a more appropriate match for Lady Mary Crawley in Season 5. Whether for practicalities or love, marriage was eagerly awaited by young women; it represented their only chance for independence and a home of their own.

Courtship was not, however, permitted among the servants. Even the architecture made sure of it, as there were no rooms for a couple to live in and work in the same house together. To marry, a woman had to leave domestic service, a kind of forced independence that set her to work on her own household.

When the First World War broke out, marks of the lavish Edwardian period began to fade. With shocking speed, the old traditions—and traditional manners with them—became things of the past. Although interactions in England had been governed by these rules for centuries, the total social upheavals caused by war and industrialization wiped them away. As country houses in England fell into financial straits and were demolished or abandoned, the old, formal ways of life they represented were replaced by modern norms determined by a new and daring generation. 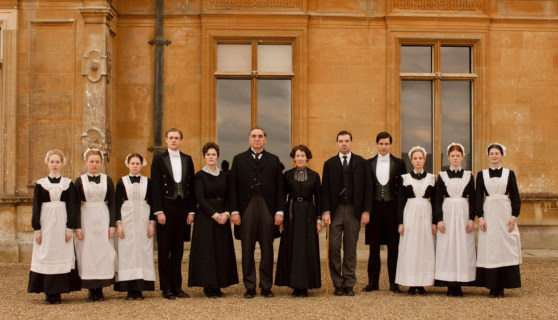 Below America’s Stairs: Domestic Servants in the Gilded Age

How could a live-in servant system like what we see in Downton Abbey survive in such an individualistic, capitalistic, and optimistic nation?