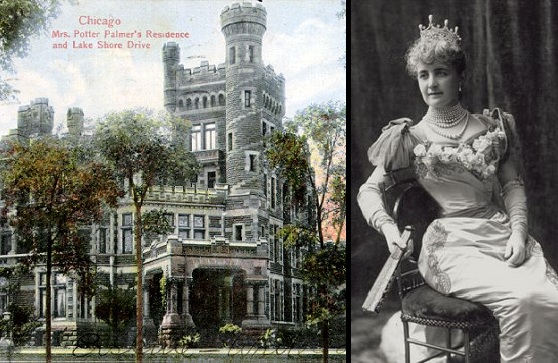 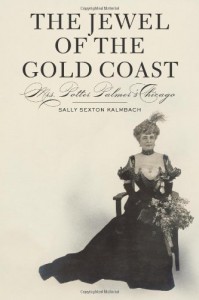 The Driehaus Museum is excited to introduce its first Book Club series.  We begin the series with Sally Sexton Kalmbach’s book Jewel of the Gold Coast: Mrs. Potter Palmer’s Chicago. The Jewel of the Gold Coast book clubs take place on January 30th and February 5th.  Here is a brief selection from the book, as well as a conversation with Anna Wolff, Driehaus Museum Educator.

An Excerpt from The Jewel of the Gold Coast

On a warm day in late July of 1870, Bertha Honore married Potter Palmer at her parents’ fashionable limestone home at 157 Michigan Avenue, across the street from today’s site of the Art Institute of Chicago. The tree-lined residential street was filled with carriages depositing the forty relatives and close friends who attended the wedding ceremony. At 6 p.m. a pastor from the First Christian Church performed the ceremony. A wedding supper for seven hundred followed the service, catered by Kinsley’s, one of the most celebrated restaurants of the day. Noted for its oysters shipped from the East Coast, Kinsley’s was located on Washington Street between Dearborn and State, not far from the Honore home.

The petite 5’5″ dark-eyed woman of 21 was dressed in a gown of white satin and rose-point lace designed by Charles Frederick Worth, a designer who dominated Parisian fashion in the later half of the nineteenth century. Orange blossoms were arranged in her brown hair. Her small waist was encircled by a corset, an item of clothing in vogue throughout most of her life.

Potter Palmer was a happy man. At the age of forty-four, he was the most eligible bachelor in Chicago. He had illustrated his business acumen by amassing millions, traveled extensively in Europe, sown his wild oats, and now he was marrying the intelligent and graceful woman who had captured his attention eight years previously.

Her wedding present was the new Palmer House Hotel, valued at $3,500,000, and just being completed at the time of their marriage.

After the ceremony, the newly married couple departed for Europe, but Paris was not part of the itinerary because of the Franco-Prussian war raging in France. This was Bertha’s first journey to Europe, but her introduction to Paris and the Impressionists lay in the future. 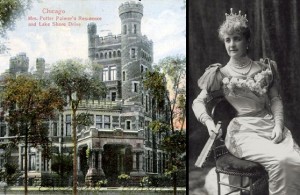 What do you hope participants will get out of joining in the discussion?

Anna Wolff:  I see the book club as a relaxed way for our guests and members to further engage topics related to the museum.  We’ll be discussing Gilded Age fiction, biographies, and history with the authors and will expound upon the book from a literary perspective as well as discuss the larger historical context of its content.  Our Book Club is a great way for patrons to get to know each other better in an informal setting over shared interests.

How did you decide which books would be used for the first book club?

Wolff:  March’s Book Club will feature Clara and Mr. Tiffany by Susan Vreeland.  This was a natural fit for us since Ms. Vreeland will speak in an informal lecture earlier that week.  With our current exhibition “Louis Comfort Tiffany: Treasures from the Driehaus Collection” we chose a book that celebrates that time period.

People are always very interested in Bertha Palmer. Since the book, The Jewel of the Gold Coast: Mrs. Potter Palmer’s Chicago, sells well in our Museum Store we knew many visitors and members would be interested in discussing the book and meeting its author in an intimate setting. For the winter series we found it very fitting to have one historic fictional novel and one more rooted in fact.

The first book featured is Jewel of the Gold Coast by Sally Kalmbach. What has it been like working with her on this new project?

Wolff:  Sally is a wealth of knowledge that is always eager to share information.  She will be bringing historic documents, images, and illustrations to further explain who Bertha Palmer was.

What did you find most interesting when reading The Jewel of the Gold Coast: Mrs. Potter Palmer’s Chicago?

What’s next…what are some books you would like to include in future book clubs?

Wolff:  I would love to feature Devil in the White City or Death in the Haymarket both have a strong connection to Chicago history and are fascinating reads. 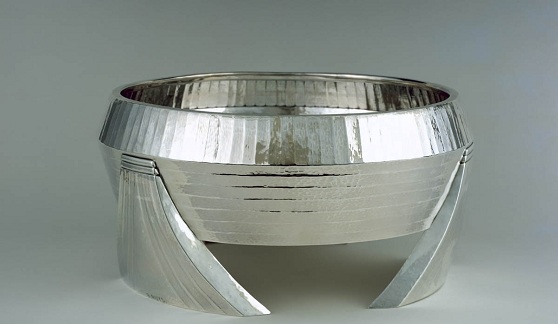 Behind the Scenes of the Samuel M. Nickerson Lecture Series

A conversation with the Driehaus Museum’s Anna Wolff about the inspiration and history of the Samuel M. Nickerson Lecture Series.

Here are the top 10 posts from the Driehaus Museum blog in 2012. 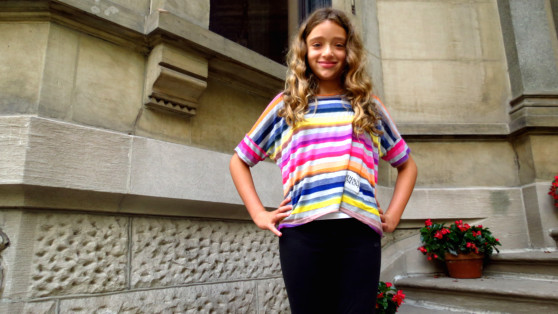 Becca Brown—day-camp comedy sketch actress, soon-to-be Landmarks Illinois patron, and all-around pretty awesome 11-year-old—talks about what it’s like to be one of the Driehaus Museum’s youngest members. 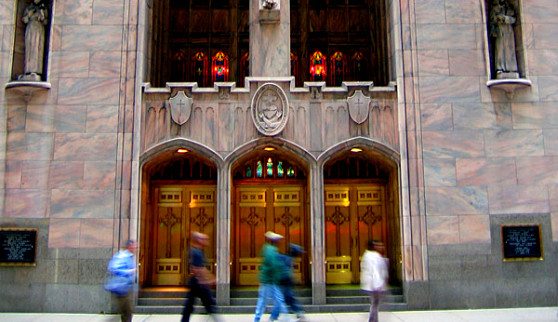 Did you know all Driehaus Museum members get Buy One, Get One Free Walking Tours from the Chicago Architecture Foundation? Here are a few of our recommendations for which tours to check out in the coming months. 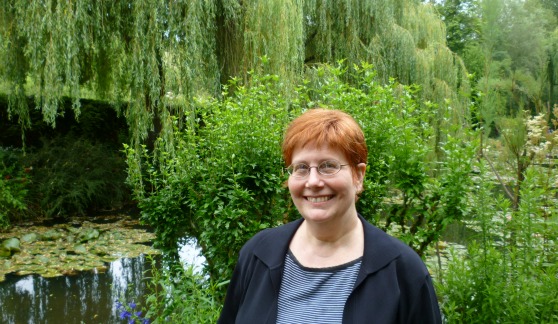 Film artist, educator, and Museum member Adele Friedman talks about the agony of choosing between Lucian Freud and J. M. W. Turner, returning to her native Chicago, and discovering the Driehaus Museum.