[You Asked] What’s the Story with the Crappers?

What’s the Story with the “Crapper” Toilets in the Driehaus Museum Bathrooms? 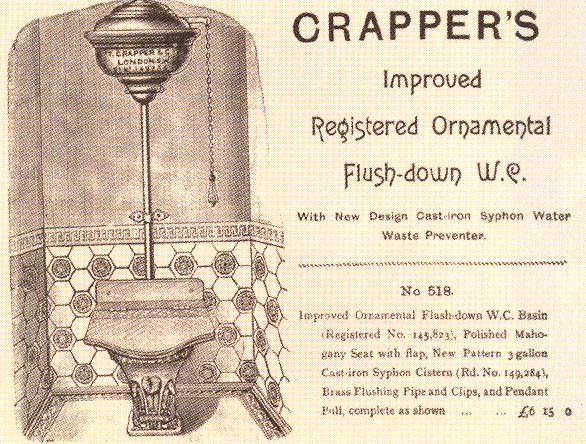 The Front Hall and Dining Room might be grand, but there’s a humbler corner of the Nickerson Mansion that often attracts as much attention.

If you’ve ever visited the Museum, you may have noticed that the visitor toilets all seem to be from another age. The seats are polished wood and the cistern sits high overhead, flushed by a chain with a porcelain handle. The porcelain bowl rim reads, “The Venerable,” and the seal: “The Venerable Thomas Crapper & Company, Made in Gt. Britain.” 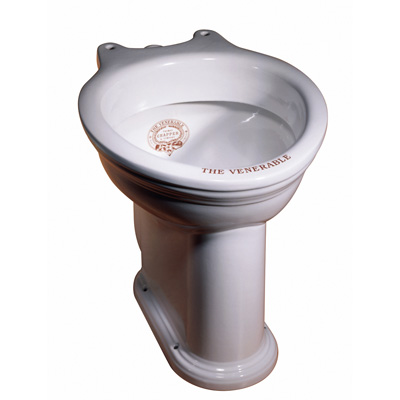 Today in the United States, the word “crapper” is synonymous with “toilet.”* It’s a rough-around-the-edges piece of vernacular, so rough you can forget that this actually has its roots in the name of a man and his business. Meet Thomas Crapper, born in Yorkshire, England in 1836, at the start of the Victorian Era. 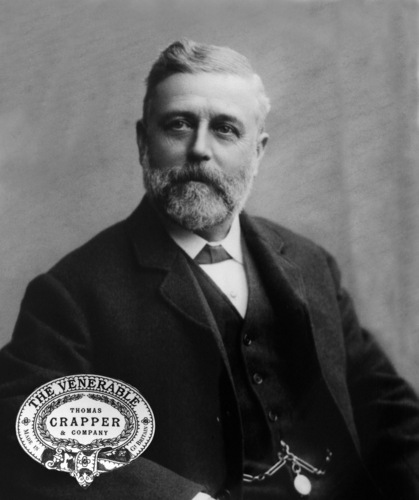 Crapper didn’t invent the flush toilet, but he’s certainly one of the most famous plumbers associated with it. After starting out at age 14 as a plumber’s apprentice in London, he launched Thomas Crapper & Co. in 1861. He took out plenty of patents for parts and various improvements, but he wasn’t an inventor. His was a sanitary engineering company, and was known for turning out high-quality products and installing them with panache.

Crapper became, with the help of royal connections, a major player around London, a city that had only recently built its first two main sewers and was busily adding on nearly a hundred miles to its network. Before Edward VII ascended the throne and was still the Prince of Wales, Crapper outfitted his Sandringham House in Norfolk with thirty cedar-seated lavatories in the 1880s. He also did Windsor Castle, Buckingham Palace, and Westminster Abbey.

The flush toilet was a big step toward sanitation, water conservation, and comfort. Crapper advertised his “water-waste-preventing cistern syphon” which, as today, washed away waste in the bowl by emptying the cistern and refilling it again. With earlier flush toilets, one pulled the chain to release a continuous gush of water from a main valve. It’s said that some began tying the chain up to keep the water flowing, so Crapper and his contemporaries tackled the issue after the government urged them to save London’s water supply. The porcelain pull handle on the Crapper chain reads, “Pull and Let Go,” assuring customers that the valve will release a sufficient amount of water with just one tug, then stop on its own. 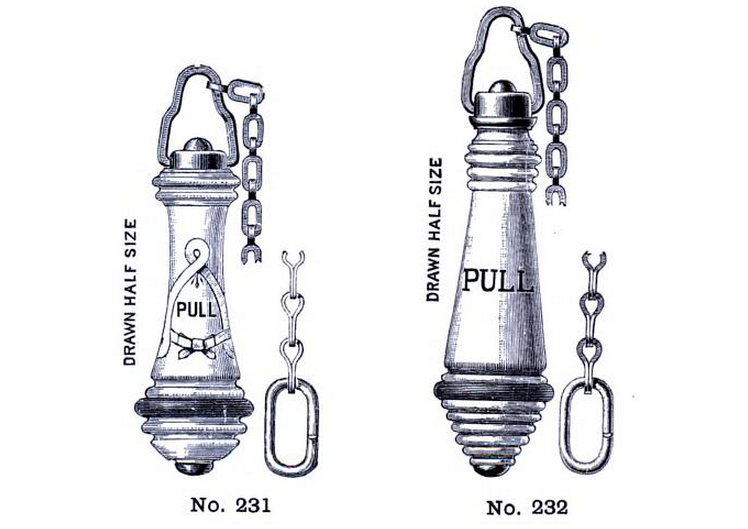 Crapper passed the firm to his partner and nephew in 1904, six years before his own death, and the firm lived on until it was sold in 1966 to a competitor. The company was revived in 1998 in Stratford-upon-Avon to sell authentic reproductions of Crapper’s original wares, which are still available today.

And so Thomas Crapper & Co. produced the toilets you see here in the Driehaus Museum’s public restrooms, which serve to highlight the Nickersons’ use of the most modern plumbing technology available to them in 1886, when the mansion was constructed.

Footnotes & Resources
*The word “crap,” however, isn’t associated with Crapper. It comes from the Old English for chaff or waste.