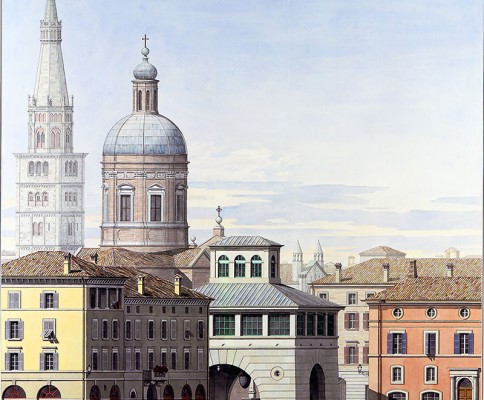 Pier Carlo Bontempi’s mission to restore and elevate traditional architecture and urban planning is evident in this proposed project.

“Reader, if you would seek his monument, look around you.” - Epitaph of classic English architect, Sir Christopher Wren

The Richard H. Driehaus Museum congratulates 2014 laureates Pier Carlo Bontempi and Yisan Ruan. The two honorees were awarded prizes for their contributions to the built environment during a public ceremony which took place at the John B. Murphy Memorial Auditorium on March 29.

The recipient of this year’s $200,000 Richard H. Driehaus Prize for Architecture at Notre Dame was presented to Italian architect Bontempi.

“I am most pleased with the selection of Pier Carlo Bontempi as the 2014 Richard H. Driehaus Prize laureate,” said Richard H. Driehaus, founder, chairman and chief investment officer of Chicago-based Driehaus Capital Management LLC. “His work has consistently responded to the unique qualities of historic environments as well as to the needs of modern society.”

Established in 2003 by the Notre Dame School of Architecture, the Richard H. Driehaus Prize is awarded to a living architect “whose work embodies the highest ideals of traditional and classical architecture in contemporary society, and creates a positive cultural, environmental and artistic impact.” 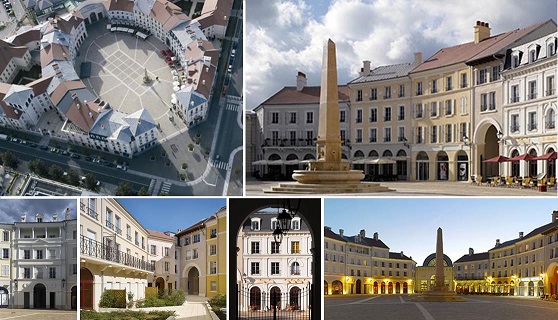 PLACE DE TOSCANE
“The project is situated in the Marne-la-Vallée district of Val d’Europe, between a large commercial centre and the Town Hall square. The scheme consists of a rectangular block whose centre contains an elliptical piazza similar in dimension to the Roman Amphitheatre in Lucca. “

The Driehaus Prize at the University of Notre Dame is accompanied by another important honor: the Henry Hope Reed Award. This award focuses on a non-architect whose work contributes to realm of classicism and tradition in architecture and urban planning. This year the $50,000 Henry Hope Reed Award was presented to Yisan Ruan, professor of architecture at Tongji University and a world-renowned preservationist.

“Through large-scale local interventions, Professor Ruan’s work has become a model for preservation that addresses context in the broadest sense of the term,” said Driehaus.

Both Bontempi and Ruan were on hand to receive their awards from Mr. Driehaus and the jury committee as part of a weekend long celebration that included a gala dinner the night before.