Tiffany and Chicago: The McCormick Windows

Cyrus H. McCormick was many things. A native Virginian who became one of Chicago’s great industrialists, he was also a famous penny-pincher, generous philanthropist, stolid Presbyterian, and  patent hound. He moved to Chicago in 1847, where he set up the McCormick Harvesting Machine Company factory and prospered.

His oldest son, Cyrus Hall McCormick II, was born on May 16, 1859 and became President of the McCormick Harvesting and Machine Company begininng in 1884.  Word is that Cyrus took little leisure time, but he did manage to begin courting Harriet Bradley Hammond, who had moved from Massachusetts to Chicago in 1875, at the age of 12. The pair got away to Monterey, California, to marry in 1889 at St. Mary’s-by-the-Sea, then spent a few weeks honeymooning in Hawaii and the rest of the summer in Europe. 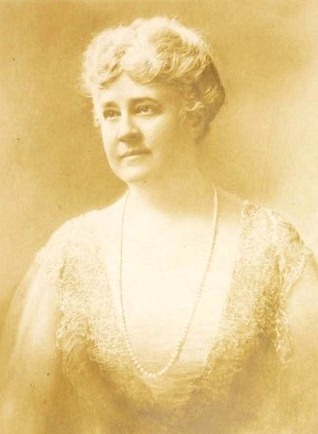 They were together in Chicago until Harriet died in January of 1921. She was buried in Graceland, and after the services Cyrus contacted Tiffany Studios, by then a well-known and established company for private commissions. He requested an ecclesiastical window to be designed in her honor, and Tiffany—just a year away from retirement—signed off on this Foxglove design. 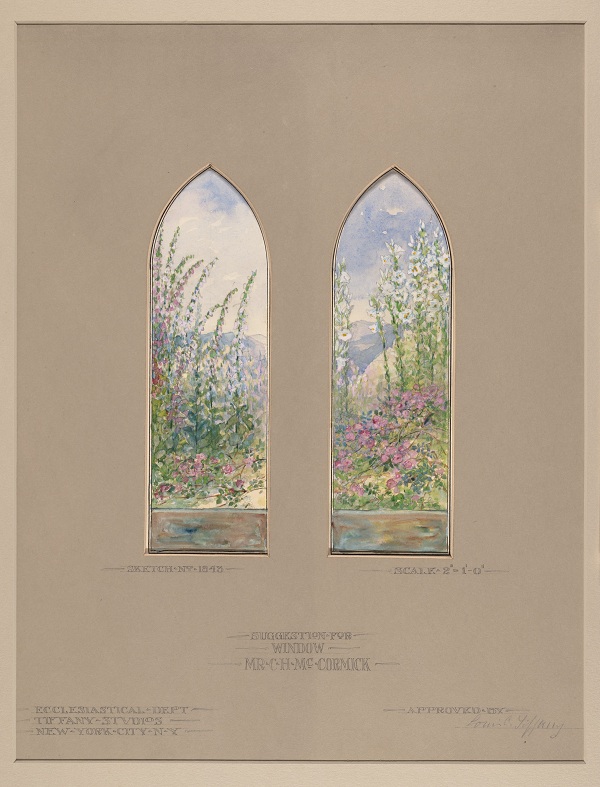 The resulting windows, completed in 1922, Cyrus donated to St. Mary’s-by-the-Sea. They survive there today in memory of this Chicago titan’s first love. 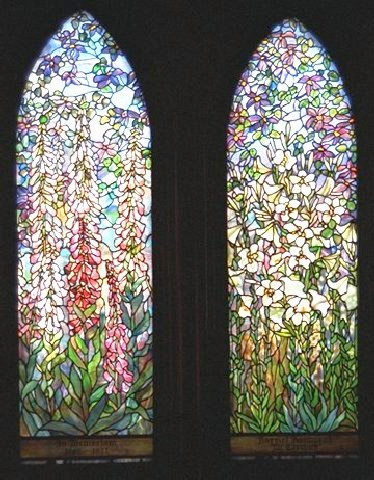