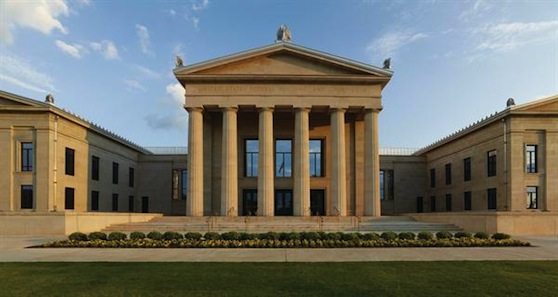 It’s not just the entertainment industry that has an awards season.

Recently we brought you awards-related news in the world of architecture and urban planning: from the Chicago Neighborhood Development Awards to the Richard H. Driehaus National Preservation Awards.

One of the major awards—the Best Actor/Actress Oscar of classical architecture, if you will—is the Richard H. Driehaus Prize at the University of Notre Dame. For 11 years now, this prize has gone to an individual whose work celebrates and advances the principles of the traditional city. The Driehaus Museum’s founder’s belief, as exemplified in our own tale of history and preservation, is that “beauty, harmony, and context are hallmarks of classical architecture, thus fostering communities, enhancing the quality of our shared environment, and developing sustainable solutions through traditional materials.” (—Richard H. Driehaus)

The recipient of this year’s $200,000 Driehaus Prize at the University of Notre Dame is Thomas H. Beeby, Chairman Emeritus of Hammond Beeby Rupert Ainge Architects (HBRA). Beeby is an Oak Park native and one of the “Chicago Seven” architects who challenged modernist notions in architecture and reconnected our buildings with the past. (For some context, read the Chicago Tribune‘s Blair Kamin’s 2005 article, “Adding up the other Chicago 7.”)

To see his ideals in action, here are a few projects Beeby led during his time at HBRA Architects.

The Driehaus Prize at the University of Notre Dame is accompanied by another important honor, awarded concurrently: the Henry Hope Reed Award. This award focuses on a non-architect whose work nonetheless contributes to realm of classicism and tradition in architecture and urban planning. The 2013 Reed Award laureate is David Watkin, emeritus professor of History of Architecture and emeritus fellow of Peterhouse, Univeristy of Cambridge. Here is an excerpt about his legacy from the Driehaus Prize website:

”[Mr. Watkin] first received international attention with his bookMorality and Architecture: The Development of a Theme in Architectural History and Theory from the Gothic Revival to the Modern Movement (1977), which he expanded and republished under the title Morailty and Architecture Revisted (2001). In these works, Watkin challenges the prevailing interpretation of the language used to describe modernist architecture, which claims to be rational and truthful, reflecting the needs of the contemporary society.”

We here at the Driehaus Museum are looking forward to congratulating Mr. Beeby and Mr. Watkin on their accomplishments during the March 23 prize ceremony, which takes place at the John B. Murphy Auditorium adjacent to our building that evening.