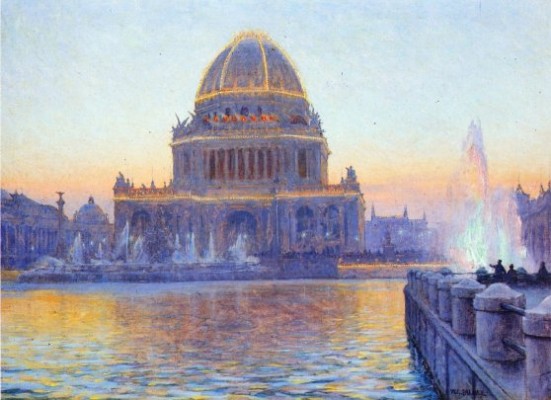 A Tour of the World’s Fair: Decorative Objects from the 1893 Columbian Exposition

On permanent display in the Driehaus Museum are a number of decorative objects—an artistic silver punch bowl by Tiffany & Company; a painting of the Administration Building; and even a trio of Japanese bronzes, souvenirs purchased by the Nickerson family that originally occupied this mansion—that come exclusively from the 1893 World’s Columbian Exposition in Chicago. Bonus: a Tiffany Studios lily-shade lamp design that was exhibited at Paris’s exposition in 1900.

The Book of the Fair: An Historical and Descriptive Presentation of the World’s Science, Art, and Industry, as Viewed Through the Columbian Exposition at Chicago in 1893, by Hubert Howe Bancroft (American, 1832-1918). Photo by John Faier, (c) The Richard H. Driehaus Museum.

These books divulge all of the objects, inventions, and diversions that could be found down in Jackson Park during the fair.

Visitors never fail to notice the trio of bronze pieces standing in the second floor hall, fair souvenirs purchased by Samuel M. Nickerson himself. Created by Japanese artisans for display in their nation’s pavilion, these bronzes reveal painstakingly fine workmanship in the sheer intricacy of their designs: monkeys, Lohan warriors, curved dragons, dense foliage, and abstract decorative patterns adorn their surfaces. Although these designs have little in common with true Japanese aesthetic, they were typical of objects displayed in the fairs to capture Western tastes. 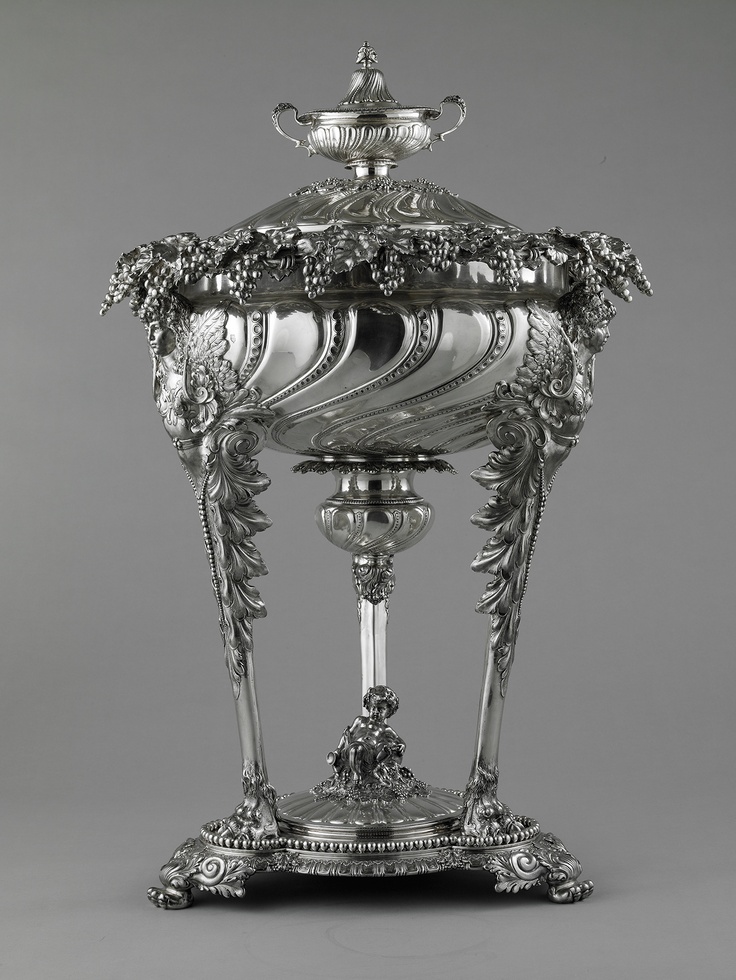 This silver-covered punch bowl—described in the Tiffany Archives as “Tall Roman”—was a particularly “special” piece. It cost $1,777.50 to manufacture. The base is raised on three paw feet, between which sprawls an infant god Bacchus, apparently enjoying the spiked drink from the two-handled, gilt-interior tureen. 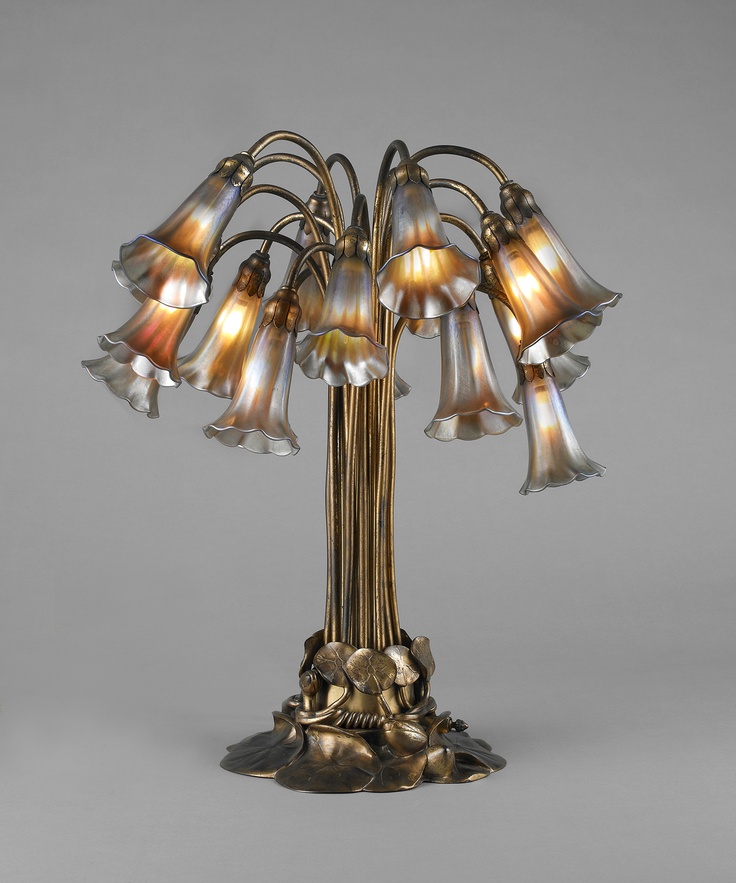 This piece’s design actually made its big debut at the Paris Exposition Universelle in 1900. The downturned heads of the lilies are proof of Louis C. Tiffany’s knack for innovation and forward-thinking. The design was exhibited proudly at France’s Art Nouveau-laden fair as one of the first household lamps made exclusively for electricity (gas flames would sputter and die in the floor-facing shades, not to mention blacken them with oily smoke). Though Thomas Edison invented his long-lasting filament bulb in 1880, electricity wasn’t widely used in homes in America until the first decades of the 20th century.